Babylon’s Fall will soon be taken offline and all characters, data, and content will be inaccessible and deleted, PlatinumGames has announced. 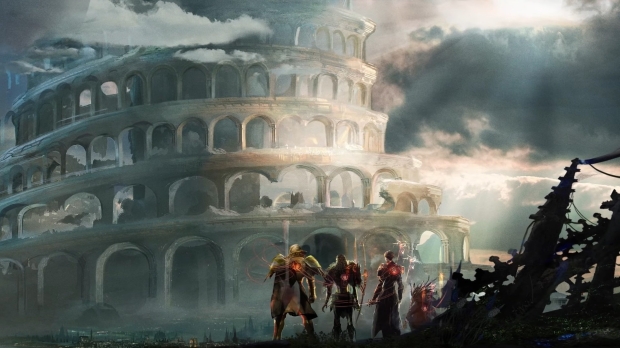 After one of the most disastrous launches in service game history, PlatinumGame’s failed GaaS title Babylon’s Fall is officially being taken off of life support. The developers have announced Babylon’s Fall will be officially shut down on Monday, February 27, 2023 at 11PM PST/2AM EST.

Babylon’s Fall has already been delisted from all digital and retail markets and is no longer available for sale anywhere. PlatinumGames an Square Enix have also pulled the game’s premium currency from all markets alongside the game’s delisting. In February 2023, everything will be removed from the servers and all gameplay data will be completely wiped out and deleted.

PlatinumGames is offering timeline of extra content for the few remaining players–there are literally only a few players on Steam–including seasonal content, rewards, new zones, new missions, and various boosts.

The game has seen incredibly low playercounts on Steam and failed to break even 2,000 concurrent players shortly after launch. Just a month after the game released the playerbase has significantly dropped by 76%, going from 1,188 peak users to just 283 players.

Back in March, we said that Babylon’s Fall could be Square Enix’s latest flop due to the low players…and that turned out to be true. The publisher has been culling low-earning projects, content, and even whole game studios from its lineup in order to streamline spending and focus more on guaranteed hits and less-risky prospects.

“It is with deep regret to inform you that we will be terminating the game’s service on February 27, 2023.

“As a result, we will also cancel the large-scale updates that we had planned. In terms of the plan moving forward, Season 2 will run until Tuesday, November 29, 2022, as scheduled, and the Final Season will begin with the maintenance scheduled on the same day. This Final Season is the period during which you can earn the ranking rewards of Season 2.

“As a way of expressing our gratitude to all our players, we plan to implement as many events and other initiatives as we can, leading up to the end of the service.”