NVIDIA has just pumped out yet another teaser for its upcoming “GeForce Beyond” special broadcast next week during GTC 2022, where we should be introduced to the next-gen Ada Lovelace GPU architecture.

The new teaser is pretty brief, with a 12-second video that slides past a GeForce RTX-powered desktop PC system and then zooms down into “Diagram for the computation by the Engine of the Numbers of Bernoulli”. This chart in particular was created by Ada Lovelace back in 1843, made for Charles Babbage’s Analytical Engine which is considered the first “non-trivial” computer program.

NVIDIA’s ANZ (Australia and New Zealand) Twitter account posted the GeForce Beyond teaser, which also included another hidden message in the form of a sticky note attached to the monitor. The sticky note has what seems to be a phone number (208) 629-7538 which some think “7538” refers to 75.38 billion transistors (recent rumors peg the flagship AD102 GPU with 75 billion+ transistors). 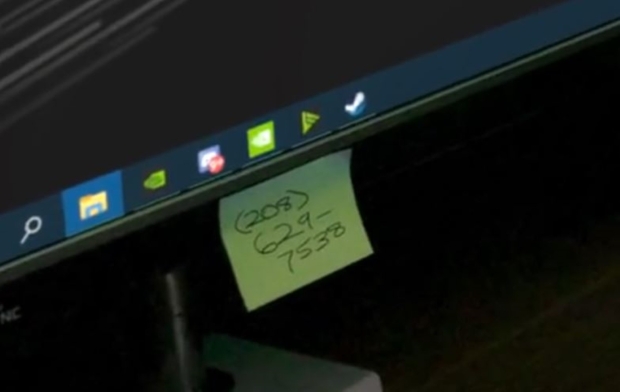 But, another way to look at it if NVIDIA were trolling us:

NVIDIA’s next-gen AD102 GPU will be made on TSMC’s new 4nm process node, with NVIDIA tapping the 4nm process node — which was optimized and designed exclusively for NVIDIA’s monster Hopper H100 GPU — so we should expect the same optimizations and design exclusivity for the GeForce RTX side of things with Ada Lovelace and AD102.