Uh, so out of nowhere EVGA has terminated its relationship with NVIDIA in what the company describes was “about respect” and exits the graphics card business entirely… even after it had around 20 samples of EVGA GeForce RTX 4090 FTW3 graphics cards made.

EVGA will not be making any GeForce RTX series graphics cards of any form moving forward, nor will be making AMD Radeon GPUs or Intel Arc GPUs as it will not make graphics cards whatsoever. EVGA says that this decision will stay until the CEO is replaced, as current CEO Andrew Han is firm on his decision for the company. 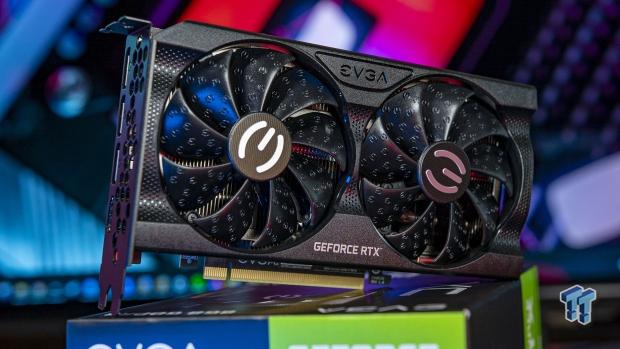 EVGA has terminated its relationship with NVIDIA after it had deteriorated during the years, with EVGA telling GamersNexus that “it’s about respect“. The decision to sever the relationship with the biggest GPU company in the world was a principal decision, and not a financial one. EVGA is making things clear here: there were major issues between NVIDIA and EVGA (and I’m sure other AIBs).

EVGA CEO Andrew Han wrote: “EVGA has terminated its relationship with NVIDIA. EVGA will no longer be manufacturing video cards of any type, citing a souring relationship with NVIDIA as the cause (among other reasons that were minimized). EVGA will not be exploring relationships with AMD or Intel at this time, and the company will be downsizing imminently as it exits the video card market. Customers will still be covered by EVGA policies, but EVGA will no longer make RTX or other video cards. The company already made ~20 EVT samples of EVGA RTX 4090 FTW3 cards, but will not be moving to production and has killed all active projects pertaining to cards – including KINGPIN cards“.

Remember we heard about the “AIB Revolt” from leaker Moore’s Law is Dead that AIBs were threatening NVIDIA’s next-gen Ada Lovelace GPU allocation, telling the company to “go pound sand”. Well, barely a month later and the biggest AIB for NVIDIA in the US (EVGA has around 40% of the GeForce GPU market share in the USA) that’s pretty damn big (and pretty damn coincidental).

I was actually sitting next to JayzTwoCents back in 2016 in Austin, Texas when NVIDIA unveiled the GeForce GTX 1080 and GeForce GTX 1070, introducing the new “Founders Edition” series graphics cards. I turned to Jason, he turned to me, and we instantly discussed that this would be the end of AIBs going forward… we just had to give it a couple of generations.

NVIDIA will keep the best-binned Ada Lovelace GPUs for themselves for their Founders Edition graphics cards, while EVGA, ASUS, MSI, and other AIB partners have to fight for their tiny allocations of the best-binned GPUs that NVIDIA has for each generation.

EVGA was an important, integral partner for NVIDIA… and it’s over, bam, instantly.