Pierre Hintze helped salvage The Master Chief Collection and turn it into one of the best games on the market. Now he’s leading 343 Industries. 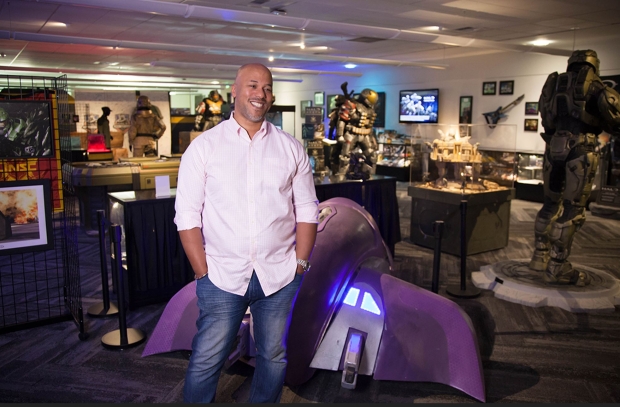 Yesterday 343 Industries founder Bonnie Ross announced she was leaving the studio after 15 years of Halo franchise expansion. Taking her place is Pierre Hintze, who is largely credited with helping course correct The Master Chief Collection and streamline the game’s once-disastrous multiplayer. Now Hintze has taken the role as head of 343 Industries and aims to turn Halo Infinite around, too.

One of the biggest tasks that Hintze faced was fixing MCC’s netcode and multiplayer framework. In an employee spotlight interview from 2018, Hintze says that his team was focused on meticulous problem-solving and bug-squashing, and that he brought on a pro Halo player to help identify issues with MCC’s netcode. For Infinite, however, Hintze will be able to reference the myriad of server lag videos uploaded by Halo fans.

“One of the things I did when I started was introduce a former professional Halo-player to our team so that even as we went about the business of fixing underlying matchmaking and network code, or simple known bugs, that I was also focused on making sure that even in 4K, these games will play the way they were originally intended to, or at least get as close as physically possible. Things even dedicated players might not have noticed,” Hintze said in the interview.

“Halo is legendary, so having the ability to work on anything Halo related, for some people in this industry, is a dream come true…even if that work requires attacking problems first.”

Hintze was also responsible for The Master Chief Collection’s 4K upgrade. He led the team in up-resing in-game visuals including graphics during gameplay and small things like nameplates and icons; the art team had to manually adjust 600 or so assets to 4K resolution.

The new 343 Industries studio head has been in the games industry for 26 years and got his start as a language tester on the SEGA MegaDrive, then he helped EA work on FIFA for 7 years. He has been a creative producer for THQ and worked on Moto GP and Cars franchises, and then moved on to Atari to work on games-as-a-service and mobile projects. Hintze has also worked with Square Enix’s F2P games and then even worked with PlayStation.