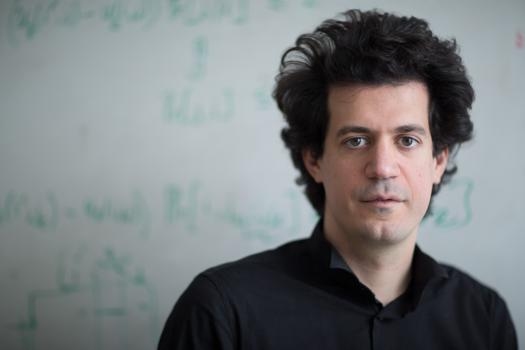 The MIT Stephen A. Schwarzman College of Computing has named Costis Daskalakis as the inaugural holder of the Avanessians Professorship. His chair began on July 1.

Daskalakis is the first person appointed to this position generously endowed by Armen Avanessians ’81. Established in the MIT Schwarzman College of Computing, the new chair provides Daskalakis with additional support to pursue his research and develop his career.

“I’m delighted to recognize Costis for his scholarship and extraordinary achievements with this distinguished professorship,” says Daniel Huttenlocher, dean of the MIT Schwarzman College of Computing and the Henry Ellis Warren Professor of Electrical Engineering and Computer Science.

A professor in the MIT Department of Electrical Engineering and Computer Science, Daskalakis is a theoretical computer scientist who works at the interface of game theory, economics, probability theory, statistics, and machine learning. He has resolved long-standing open problems about the computational complexity of the Nash equilibrium, the mathematical structure and computational complexity of multi-item auctions, and the behavior of machine-learning methods such as the expectation-maximization algorithm. He has obtained computationally and statistically efficient methods for statistical hypothesis testing and learning in high-dimensional settings, as well as results characterizing the structure and concentration properties of high-dimensional distributions. His current work focuses on multi-agent learning, learning from biased and dependent data, causal inference, and econometrics.

A native of Greece, Daskalakis joined the MIT faculty in 2009. He is a member of the Computer Science and Artificial Intelligence Laboratory and is affiliated with the Laboratory for Information and Decision Systems and the Operations Research Center. He is also an investigator in the Foundations of Data Science Institute.

He has previously received such honors as the 2018 Nevanlinna Prize from the International Mathematical Union, the 2018 ACM Grace Murray Hopper Award, the Kalai Game Theory and Computer Science Prize from the Game Theory Society, and the 2008 ACM Doctoral Dissertation Award.